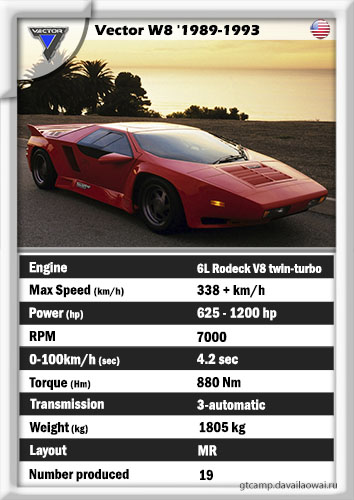 This space road dream was manufactured by Vector Aeromotive Corporation (Motors), and was designed by Gerald Wiegert (company founder) and David Kostka. The name comes from the “W” for Jerry Wiegert. The company utilized the newest and most advanced aerospace materials in building the W8s, which they said justified applying to the car the term “Aeromotive Engineering.”

The semi-aluminum monocoque chassis was epoxy bonded and riveted with an aluminum honeycomb structure floor pan, and 5,000 aircraft specification rivets were used in the car’s assembly. Everything on the Vector was designed to last the life of the owner, assuming reasonable maintenance. 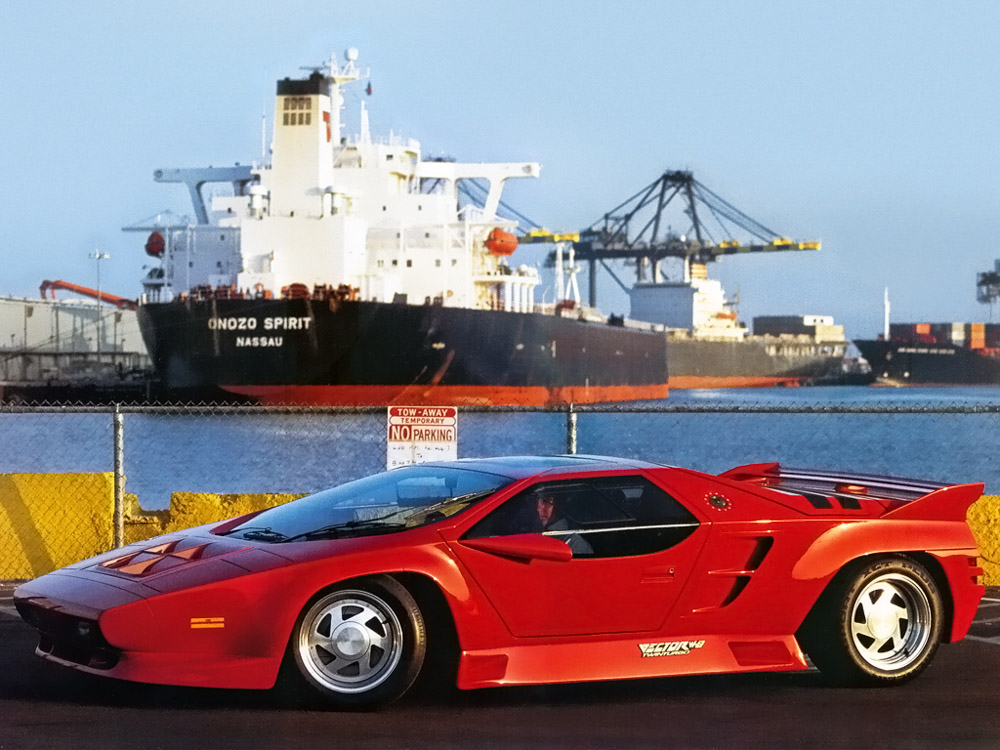 The interior of W8 is one of the most extreme and cool thing i ever seen inside the car. Space shuttle, back to 80’s style. With lot of high-technology features and stuff. Just look at this! 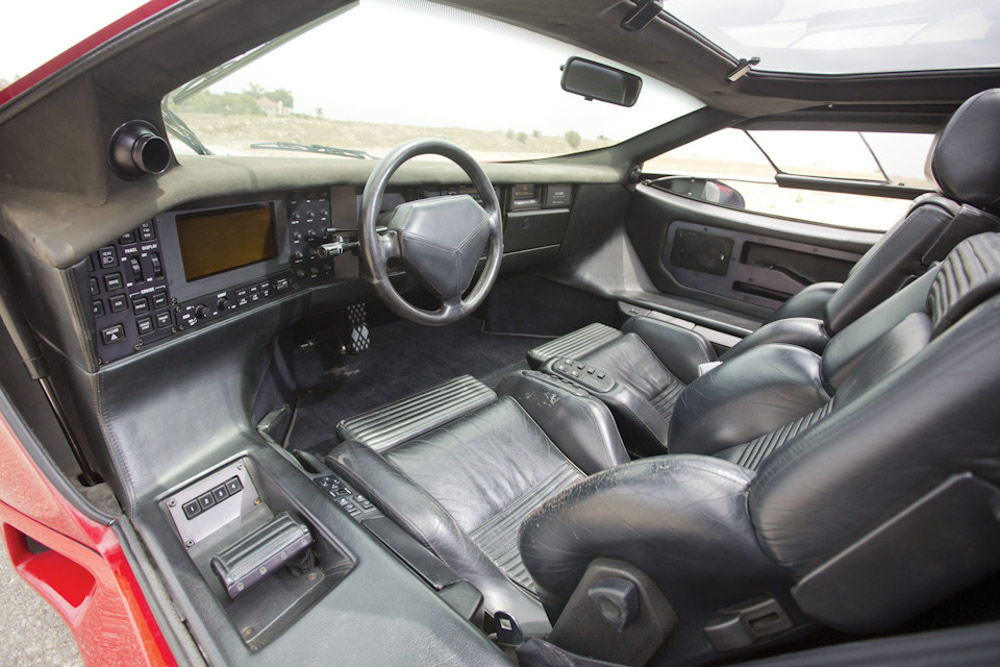 The car was based around a Rodeck Aluminum resleevable, 365 cu. in. Chevy V8 6.0L racing twin-turbo engine + coupled to very highly modified Turbo Hydro 425 General Motors three-speed automatic transmissions that had been used in front wheel drive Oldsmobile Toronados dating back some two decades earlier! Can you amigine how good that gearbox is! During dyno testing at the factory the engine put out 1200 hp at 14 lbs of boost! 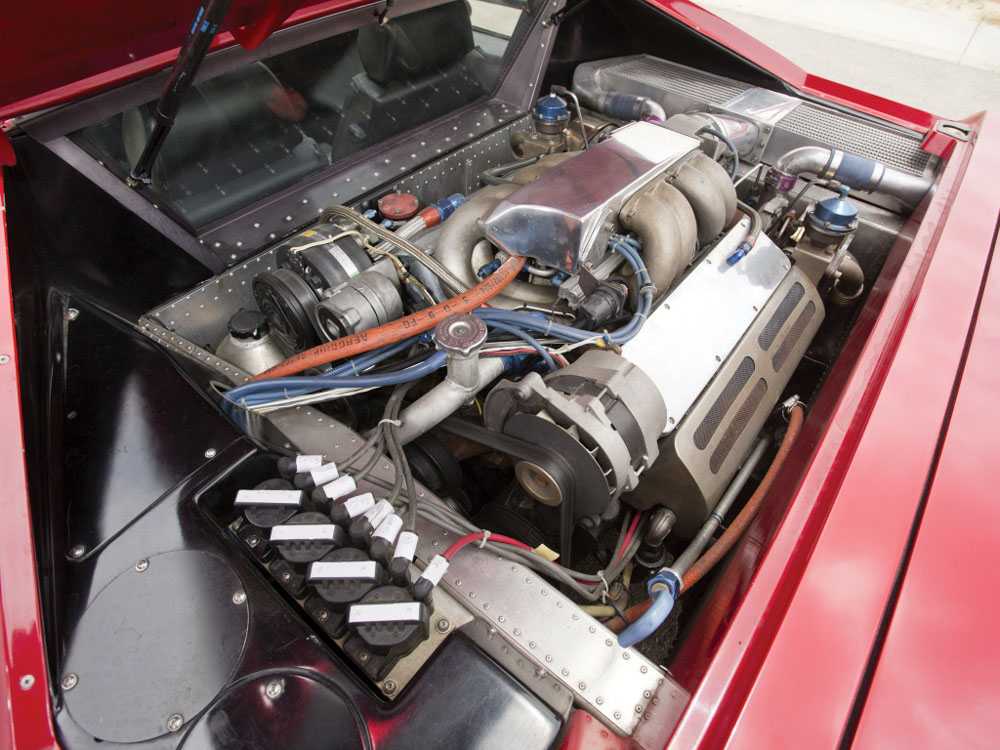 At that time, Vector was the most powerful passenger car ever mass-produced in USA.

Interestingly, in the history of DOT test only Vector W8 was able to pass both of the crash test (front and rear), using the same chassis – so strong was the car.

The car is featured in Gran Turismo 2.

In testing at the Bonneville Salt Flats, the W-2 prototype reached 389 km/h with the less powerful Donovan block, as reported by Top Wheels magazine. This top speed was reached while still using the “high downforce” rear wing. These include the elimination of some gills, a lower front fascia and air splitter, revised rear wing, mirror intakes, and front grill. After undisclosed top speed testing was completed, production Vector W8s were no longer fitted with a removable glass roof due to buffeting that occurred at extreme speeds.